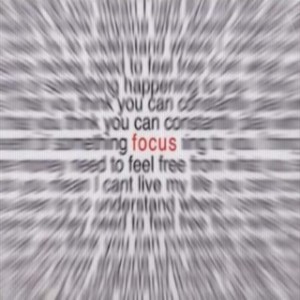 In the field of sport psychology, we are always trying to help clients understand what distractions exist within their worlds, and how best to manage them. In many cases, the “hangover of champions” can result simply from an overload of distractions, much to the detriment of the athlete(s) performance. The following addresses some of the issues brought up in the last post, along with some ideas on how to mitigate the effects of the champion’s hangover. Consider the following to be “a Bloody Mary and 2 advil” for your mind.

Culture: With regards to the “types” of champions discussed earlier, the focus here should really be put on the first type (i.e., the champions who, for however short a period of time, relax). Any time that you are successful at reaching your goals, you should always take time to enjoy it. That being said, its important to know when to draw the line between celebrating the past, and preparing for the future. In most sports, there is a specific time period built in to enjoy this: The Offseason. In others, such as golf, one has only a week before another tournament begins. The key is to make a conscious choice once training resumes to leave the championship behind. Prior accomplishments are nice, but the world of sports is notorious for the “what have you done for me lately” attitude that seems to prevail at the highest levels of competition. Once training for a new season or event commences, it’s important to commit to that training entirely. Taking time off or continuing to be self-congratulatory will only make your job harder.

Overconfidence: Yes, you’re a champion. And no, that can never be taken away from you. But what is in the past is done with. Confidence is a fickle thing. Often, having too much can be just as detrimental as not having enough. In a way, a champion must distance themselves from the crowds and congratulations that so often can lead to an inflated sense of confidence. That’s not to say they have to be distant or unappreciative of the attention. But it must be taken with a grain of salt. Think of a champion like Wayne Gretzky. For much of his career, Gretzky was referred to as “The Great One” yet he was always humble, and worked just as hard (if not harder) at practice as anyone else on his team. As a result of this combination of his humility and work ethic, he was able to live up to the name the media and fans had given him. Ultimately it comes down to a daily commitment to applying oneself to the task at hand the best of your abilities.

Routines: Upon winning, especially for the first time, maintaining one’s routines becomes even more important than ever before. In some cases, routines may need to be adjusted, but establishing and maintaining one’s routines – before, during, and after a competition – is extremely important in making sure that one is always in the right mindset to compete. Perhaps you need to make some extra time for the media based on the increased visibility you have, perhaps a rearrangement of your training schedule is needed. Whatever the modifications to your routines that need to be made, they should be made on your own terms, and should ALWAYS be structured such that your preparation for competition the first priority.

Visibility: As mentioned earlier, now that you’re a champion, you also have a target on your back. However, the worst thing you can do is start playing as though you now have something to lose. Not that there are ever any “easy wins” at the highest levels of competition, but it’s important to remember that your competition knows exactly who you are and what you’re capable of. As such, its important to enter each competition expecting the best performance from your competition, so that you can make a conscious effort to give your best that day as well, and ultimately give yourself the best chance at a victory.

In the end, the champion’s hangover usually resolves itself, since every competitor inevitably comes back to wanting to win again, rather than resting on his/her laurels. Hopefully some of the info above provided insight on how to alleviate the symptoms of the “Champion’s Hangover.”